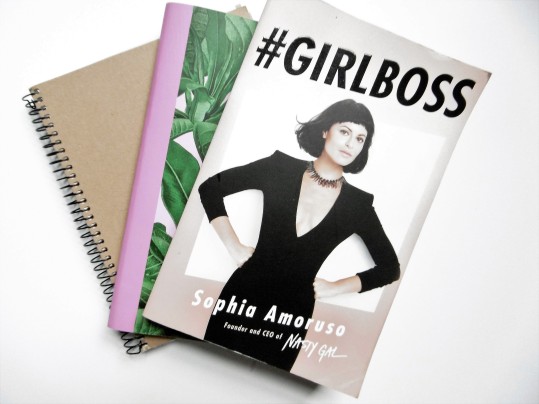 The ‘debate’ over unpaid internships has been ongoing forever but it hit the limelight again recently after trending on Twitter.

I put ‘debate’ in quote marks because quite frankly there is not really much of a debate to be had here. It shouldn’t even be questioned that a person, no matter what level, should be paid for their work. To come straight out of uni, qualified with a degree from a top university and then be told you have to work for months on end, completely free of charge, maybe with a train ticket fare if you’re lucky, is undoubtedly disheartening. Sure it may work for the best in the long run, but how is someone expected to support themselves, pay their (probably London-priced) rent when they are working 9-5 for free?

It is often the more creative careers that require some sort of internship experience before a prospective employee can land a full time role and it seems to me it is also  where unpaid internships are most common. Whether it’s media, communications, marketing, PR, it’s not unusual to see unpaid inteships masquerading as ‘fantastic opportunities’. I thought I’d put my two cents in…

When I moved to London to start my career in PR the first few weeks of job hunting were painful. I applied for EVERYTHING. I applied for paid internships, unpaid internships, I just wanted to get my first step on the ladder. I took a year after uni to save up and managed to just about pay for a deposit and about 2 months worth of rent to get me by. I took an unpaid internship in a small beauty PR company because it I was so keen to get my foot in the door. In all fairness they treated me well, I came in later than the full time employees, I left a little early, they appreciated the work I did. But man, if only I had some actual money. They paid for my tube ticket to get me in. After a month they decided they could offer me a bit more money. A tiny bit. Enough that I could cover my rent but not enough that I would be able to buy anything once it had been paid. It was fine, it got me through, but I couldn’t last like that for long and so off I went to find a properly paid internship with a contact that had the words ‘per annum’ on it and then I was a happy bunny.

I thought I was quite lucky at the time, but then I think about how I spent time working essentially ‘for free’ and it makes me angry. That is just what was expecting of me in order to try and get an actual job in my field. I thought the agency offered me more money because they were pleased with my work and wanted me to stay a little longer, in reality they were probably just hoping they wouldn’t get caught out for making their interns work for free.

‘That’s just the way it is’

Unpaid internships have been around for years. In the UK a few years, in the US a lot more. Remember when proms first came to the UK? That was all a little excessive but fine. Some people in the UK now celebrate Thanksgiving for absolutely no other reason than an excuse to have an early Christmas dinner. Bit weird, but fine. Unpaid internships that squeeze out every last drop of hard work from you without anything in return bar ‘experience’. NOT OK HUN.

I am of course absolutely of the stand point that in order to get where you want in your career you have to start from the bottom. Make the teas and coffees, wait in the line at the post office, spend your time in a tiny stock room packing boxes but I refuse to believe that this is work that does not deserve at least minimum wage. It shouldn’t be accepted that ‘that’s just the way it is’ in some industries. Just because something has always happened it doesn’t mean it’s always right.

The rich get richer

My main gripe with unpaid internships is that they favour the rich, or at least those with wealthy parents. People who have sufficient financial backing, or have family who live in London, can pop off to an unpaid internship with no concern over how they are going to pay their rent. This means they can rack up months of experience leading to full-time paid employment in their chosen career. We all know even entry-level jobs require some experience these days and guess who has it on their CV? The ones who are rich enough to get some. So many people will boast about how hard they had to work for free for so long before they got a ‘real job’ and whilst I’m not saying they don’t deserve it, it seems unfair that some have a better chance of reaching their goals purely because of their financial stability and privilege.

The Gov.uk website says ‘An intern is entitled to the National Minimum Wage if they count as a worker.’ ‘What counts as a worker?‘ I hear you cry. Well apparently it’s anyone who has an agreement to offer work or services for an employee in exchange for payment or benefit i.e. future permanent employment. This means if you are doing any sort of work for an employer you SHOULD be getting minimum wage. Stringing along an intern, getting them to work all hours of the day in a demanding role without pay or at least the contractual promise of future employment is illegal.

So why does it happen?

You know those people who you know have loads of money but are always the tightest when it comes to splitting the bill or reminding you of that £1.25 you owe them? Big companies with loads of money, they are those people. Companies that offer unpaid internships and sell them as a ‘foot in the door’ or ‘a great opportunity to gain experience’ are just plain cheap, tightening the purse strings any way they can. It’s as simple as that.

It has to be said they are many companies that do offer great internships and DO pay at least the minimum wage. If you’re looking for an internship in the media currently check out Mediargh.com. It’s great for sharing entry-level roles and never posts a job or internship that isn’t paid. It’s time we stopped accepting that it’s normal to work for free and the blame has to start with the big companies responsible. If you want someone to work for you, pay up.

Vixwill.com is a beauty and lifestyle blog from a London based, skincare obsessed, millennial working in the beauty PR industry.